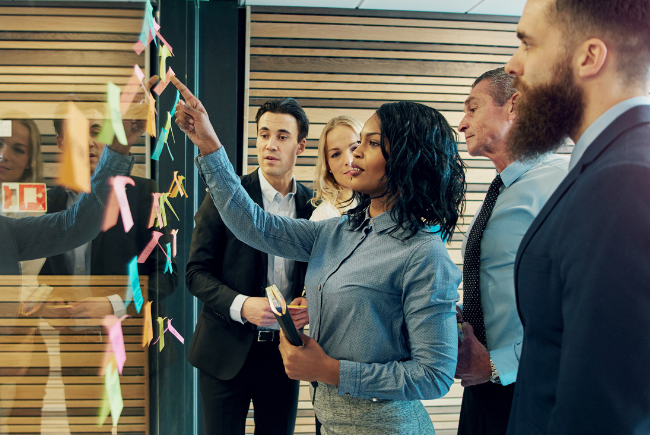 When I began my post-grad job search, I had three requirements: based in a metropolitan area, provided a livable salary and aligned with my long-term goals.

As I searched for entry-level public relations positions I realized I needed to add one more requirement: a diverse workforce.

In researching countless agencies, it was gratifying to see more women in the industry, but as a woman of color, it was disheartening to realize that a lack of people of color remained — and even more so, women of color. I observed that for an industry that revolves around marketing to a diverse audience, diversity was strikingly absent in its workforce.

By 2042, non-white consumers will make up more than half of the U.S. population, yet the current ethnic makeup of the U.S. PR industry is:

And while The Holmes Report found that in 2015 women made up 70 percent of those employed by PR firms, they make up only 30 percent of agency C-suite executives, with women of color being a sliver of that percentage.

The lack of multiculturalism in PR, especially C-suite positions, has led to several faux pas by leading corporate brands. Over the last year, fashion retailer H&M came under fire for an ad of a black boy in a hoodie with the words “coolest monkey in the jungle,” Pepsi faced criticism for its ad featuring Kendall Jenner and imagery from the Black Lives Matter movement, and Dove had to pull its Facebook ad that depicted a black woman turning into a white woman. Each PR blunder begged the question, where were the minority voices to help prevent this disconnect from happening?

Even though I’m early in my career, I’ve developed a playbook of sorts for having not only a diverse portfolio, but a diverse workforce to support it:

For reference, diversity is when a company works on recruiting and hiring people of different socioeconomic, racial, ethnic and gender backgrounds, as well as those with disabilities. Inclusion takes it a step further. As Padilla CEO Lynn Casey puts it, inclusivity is “where the rubber meets the road, not only checking the box and getting x people of color, but also making them feel welcome and making sure we understand and celebrate each other.”

If your agency is diverse but not inclusive of those diverse voices, you will not achieve a more representative workforce. Having minorities play a more active role in the agency is a great first step. This means minorities not only sit in on meetings — they lead them; they are able to voice concerns or dissent ideas without fear of reproach.

Work toward having minority representation across all levels. Hiring a minority as the SVP of Diversity and Inclusion is great, but agencies also should carve out paths for entry and/or mid-level employees to advance and grow across all specializations. A survey conducted by the E3 Taskforce found that 87 percent of white PR employees felt they had a clear path for advancement versus less than half of nonwhite respondents saying the same.

Check microaggressions at the door. PBS created an informative video featuring Columbia University Professor Derald Wing Sue that explains microaggressions, how they impact people and what can be done to address them.

There are so many benefits to a diverse workforce in PR, from employee satisfaction and retention to greater impact on campaigns for diverse audiences. McKinsey & Company’s research found that companies with higher levels of gender or racial and ethnic diversity are more likely to have financial returns above their national industry medians.

Diversity is but an empty word if companies do not work toward inclusion. With an increasing number of brands seeking diverse PR firms, there has never been a better time to prioritize it.

Creating an inclusive, diverse workforce does not happen overnight and requires effort and buy-in from leadership. But multiple studies have shown that the potential benefits of diversity and inclusion are well worth the energy. If you are a savvy PR individual seeking business growth, inclusion is a step in the right direction.