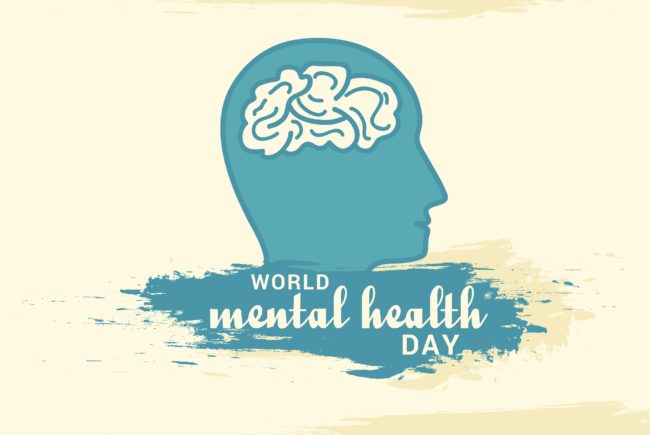 Last week, Jason Kander, a former Missouri Secretary of State and founder of the voting rights advocacy organization Let America Vote, announced he would be ending his campaign for Kansas City mayor to get treatment for the depression and post-traumatic stress disorder (PTSD) he has lived with since his time in the Army. Kander wrote a moving letter on his campaign website to explain his decision, saying, “I’m done hiding this from myself and from the world.”

His honesty drew praise from thousands on social media, with former Vice President Joe Biden tweeting, “Jason – public service takes many forms, and bravely stepping forward today is exactly that. By sharing your story, you are saving lives. Others will get the help they need because of you.”

Mental health is an issue close to our hearts at Vanguard. Whether through our work or firsthand experiences with loved ones, many of us have seen the impact that promotion of mental health can have on encouraging people to talk about their mental health and seek help when they need it. For more than 10 years, we supported the Voice Awards program, a federal initiative that focused on reducing discrimination toward people with behavioral health issues. Through this program, we met many grassroots mental health champions and public figures whose experiences not only educated but also inspired us.

Today — World Mental Health Day — is a perfect time to explore other strides being made toward educating people and inspiring open conversations, awareness and acceptance of mental health disorders in the months and years to come.

New York is taking up this cause in schools. Thanks to a state law that went into effect on July 1, elementary, middle and high school students in New York began the 2018–2019 school year with a new addition to their curriculum: mental health. Though the bill does not specify how schools should include mental health in the curriculum, educators are encouraged to consider ways to incorporate it into subjects and lessons they already teach. As John Richter, the director of public policy at the Mental Health Association in the state, explained in an article on Governing.com, teachers could discuss stigma when their classes read The Scarlet Letter, or use biology classes to teach students about how mental illnesses are caused by synapses in the brain.

The Mental Health Association is helping educators develop scientifically accurate, trauma-informed lessons, and cities and districts are finding different ways to bring mental health education to the forefront, such as Niagara Falls schools adding more school psychologists and social workers and Buffalo schools training teachers about how trauma may affect their students.

These are exciting steps toward helping both students and teachers get critical mental health education that can enable students to become more attuned to their mental health as they continue toward adulthood.

Then there is parity, which means insurers should cover illnesses of the brain, such as depression and addiction, no more restrictively than they would cover illnesses of the rest of the body, such as diabetes and cancer. On October 3, 2018, the U.S. marked the 10th anniversary of the Mental Health Parity and Addiction Equity Act of 2008 (Parity Act), which requires this parity in health insurance coverage. Vanguard was honored to support a commemorative event organized by The Kennedy Forum, which is led by former U.S. Rep. Patrick Kennedy, one of the bill’s sponsors. The Kennedy Forum recently launched the “Don’t Deny Me” campaign to enable the public to make sure that those in power enforce parity requirements and ensure equal access to mental health and addiction treatment.

For those of us who work in behavioral health, seeing Kander open up about his mental health, watching New York take a big leap in educating young people, and remembering that we are entitled to care for our brains as much as we care for our hearts confirm that we have made headway in creating a more supportive and empathetic society.

When we observe World Mental Health Day next year, I hope we’ll be able to celebrate even more open and honest conversations about mental health.