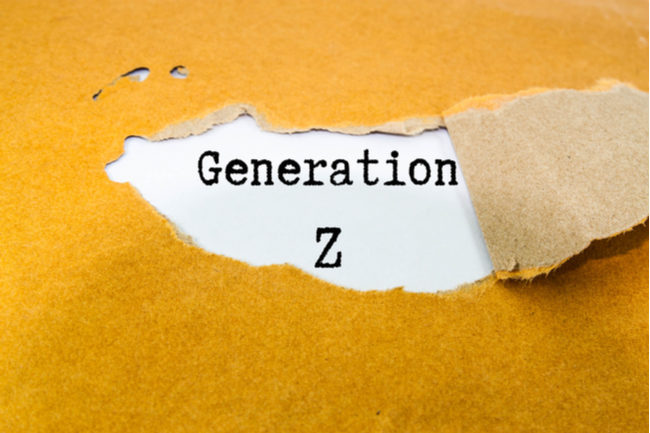 For decades, young people have earned a bad rap when it comes to exercising their civic duty, especially during midterm elections. Generation Z (Gen Z) may change that this year.

By Election Day, roughly 17 million members of Gen Z (those born between the mid-1990s and the mid-2000s) will be old enough to vote, and recent data show that youth voter registration is on the rise in most states.

Something has struck a chord, and we’re taking note that youth have been the driving force. So what can youth-led voter registration strategies teach us about reaching Gen Z in meaningful ways? A lot.

Here are three insights you can apply to your Gen Z communications strategies right now.

Empowered to influence each other, members of Gen Z are more likely to trust messages from people who are “like them” than they are messages from celebrities.

In October, the Sierra Club — a grassroots environmental organization — launched a video featuring 15 activists who will be first-time voters in the coming midterm elections. In an effort to influence their peers, each activist shares a compelling personal reason for voting in the upcoming election.

Rule of Engagement: Trade your traditional celebrity influencer strategy for more relatable peer-to-peer influencers who have an authentic shared interest with your Gen Z audience.

Gen Z grew up with the internet and social media, but they are also interested in taking things offline.

Data show that Gen Z is making their voice heard both online and in person. A recent study shows that youth participation in marches, petition signing and demonstrations has increased significantly since 2016.

For example, March for Our Lives has a robust social media following, but the group also took its voter registration efforts on the road as part of their Vote for Our Lives national tour. With two summer tours under their belts, the organization will spend the final days before Election Day visiting colleges and universities to encourage their peers to vote.

Rule of Engagement: After building a heathy digital presence, create opportunities for Gen Z to engage in person with like-minded peers. Leverage your social media engagement to gauge interest in these opportunities.

Gen Z’s leadership abilities have already had a proven impact across a number of social issues both domestically and globally. In fact, in 2017 we saw the launch of several organizations, like March for Our Lives, founded by youth under 18. Many members of Gen Z who are now of voting age are using their influence to mobilize their peers to exercise their civic duty.

Take Yara Shahidi. Before her eighteenth birthday, she founded Eighteenx18 — an organization encouraging her peers to get active and vote in the 2018 midterm elections.

Rule of Engagement: When developing programs, campaigns or initiatives to engage Gen Z, bring them to the table from the very beginning, then watch them lead. There is still much to be discovered about this group, especially as they move further into adulthood. Include them in your planning and development process to bring more authenticity to your efforts.