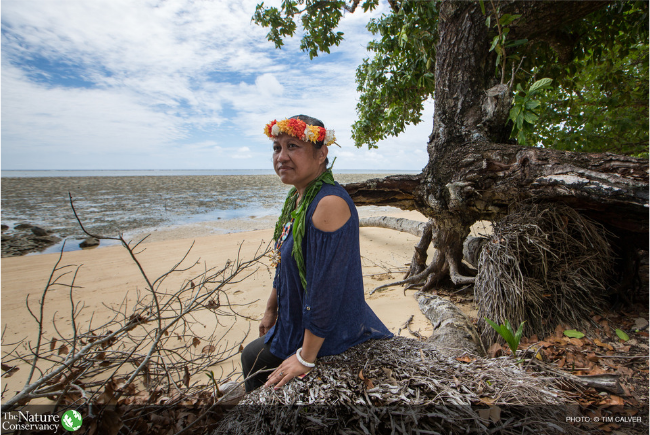 This article originally ran in The Nature Conservancy’s Global Insights. It’s a great example of how social change communicators can segment their audiences to identify and understand unique champions and better shape strategies and tactics to meet audience segment needs and create behavior change. Plus if you’re working in conservation, these are audience segments to consider in your communication campaigns and activities.

LET’S BE FRANK: 2018 was not exactly a banner year for the planet. Nearly every major environmental assessment presented grim results: crucial habitats like tropical forests continue to disappear; wildlife populations declined 60% over the last 40 years; and, perhaps most alarming, we’re failing to make the progress we need to keep the climate within safe boundaries.

We still have a chance to turn things around, though. A major body of research led by The Nature Conservancy shows it is still possible to achieve a sustainable future for people and nature—if we take massive action in the next 10 years.

That means we need strong leadership, and not just from the usual suspects—saving the planet must be an all-hands-on-deck effort. So below, in no particular order, we present 10 groups to watch in 2019.

The Revolution Will Be Snapchatted. Forget your John-Hughes-movie stereotypes. Today’s teens are civically active, globally minded —and they nearly unanimously agree that we need to do more to address climate change. A study of 31,000 youth from 186 countries found that climate change is their number one concern (surpassing terrorism, poverty and unemployment.) Over 90% agree that science has proven that humans are causing climate change, and nearly 60% plan to work in sustainability.

Cloudy with a Chance of Climate Change. Watching the morning weather forecast over breakfast is daily ritual for many. So, it’s not surprising that local TV meteorologists are one of the most accessible and trusted sources of scientific information. In 2012, only 55 weather reports in the U.S. mentioned climate change. Today, a network of more than 500 TV meteorologists are exploring the local impacts of climate change during their daily weather reports–-resulting in a measurable increase in viewer understanding of climate science.

Local Leaders, Global Gains. From small towns to mega-cities, local elected officials are side-stepping national gridlock and committing to environmental action. The continued participation of the United States in the Paris Agreement may be uncertain, but a network of 405 mayors, representing more than 70 million Americans, have made it clear that they will still act to address climate change. Globally, thousands of mayors have joined together to make similar commitments and city leaders from Shenzhen, China to Sao Paulo, Brazil are taking climate action to the local level through urban resilience and conservation.

Women at the Helm. At every level of leadership, from local communities to national government, conservation outcomes improve when women are involved. One global study found that women landownership directly correlates with better soil conservation, increased crop yields and decreased deforestation. In northern Australia, aboriginal women are increasingly joining the rangers program, helping conserve community land while also passing on traditional knowledge of bush plants and culture. The evidence is clear: environmental action is strengthened by gender equality.

All Investing Is Impact Investing. Market-rate returns or positive environmental impact? Both. That’s what more than 70 percent of institutional investors want, according to a new survey – one more sign of impact investment going mainstream. Perhaps that’s why investment giant BlackRock released tools allowing investors to track sustainability outcomes across all its products, not just designated impact funds. Since private investments are an order of magnitude larger than global philanthropic giving, this could be a game changer for funding environmental work.

Just What the Doctor Ordered. Research shows there is an association between loss of trees and human mortality from cardiovascular and respiratory illnesses. In many urban areas, limited green space also negatively effects human mental wellbeing. Cardiology researchers at the University of Louisville School of Medicine are testing the effectiveness of urban tree planting as a method for improving public health. And it goes beyond trees—writing for The Lancet medical journal, 150 doctors warned that climate change “poses the biggest global health threat of the century.”

The Eyes and Ears of the Land. It’s a pattern we see repeated from Mongolia to Canada: indigenous peoples and local communities, with their deep knowledge of natural systems, are consistently the best stewards of landscapes and natural resources. Furthermore, indigenous lands hold much of the world’s remaining biodiversity—given the growing evidence for a direct correlation between loss of global biodiversity and a decrease in human health, and a recent report warning vertebrate populations are in severe decline, we won’t have a healthy future for people or nature without indigenous leadership.

Risky Business? Insurance and infrastructure—everyone needs them, no one’s excited about them. The opposite’s true of beaches and coral reefs – except that coral reefs are infrastructure, protecting 200 million people from storms and reduce expected storm damage by over $4 billion annually. That’s why organizations like the International Red Cross are funding reef restoration in the Caribbean and hotel owners in Mexico are investing in regular maintenance of reefs and beaches and setting up a reef insurance policy to protect their communities from storms.

Farmers, Fishers, Fearless Leaders. Feeding the planet comes at a cost—food systems generate 29% of GHG emissions and are a major driver of biodiversity loss. But we may be turning a corner, as businesses and farmers explore practices that capitalize on soil’s massive carbon storage potential, even as they increase food production. And in the ocean, key market players like the Federated States of Micronesia are committing to 100% transparency in their tuna fisheries—meaning a healthier ocean, more resilient communities and greater catch yields over time.

A Meeting of Minds, and Fleece Vests. OK, we know the world’s at a tipping point, and there’s little time to make big changes. That means conceiving and scaling new solutions on a short timeline—a startup specialty. Partnerships like the Techstars/TNC Sustainability Accelerator are nurturing companies that are developing technology to address challenges like water management and fisheries monitoring. As more promising new technologies come online, these partnerships will only become more important.

Some of these groups are making new contributions to environmental work. Others have made longstanding contributions that are just now being more fully recognized. Collectively, they are pushing us toward a healthier planet despite the odds.