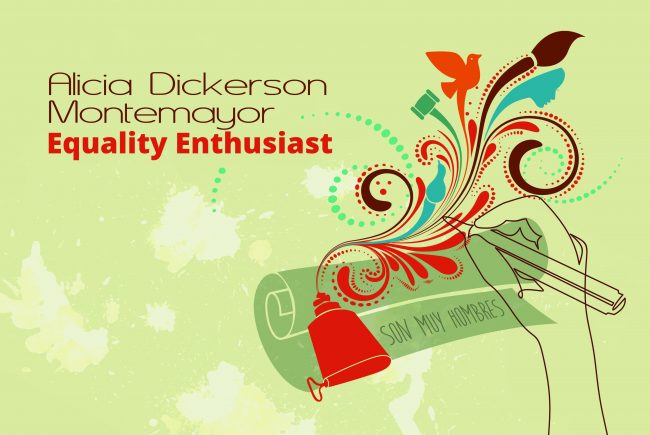 “We have always said and we still maintain that at the back of progress and success the ladies take a leading hand.” – Alicia Dickerson Montemayor

From the start of her career, Alicia Dickerson Montemayor advocated for civil rights and equality for all. As a social worker in Laredo, Texas, during the Great Depression, she worked to help Mexican-Americans receive welfare — but she soon realized she could have a larger impact through politics and writing.

Montemayor became involved with the nation’s oldest and largest Mexican-American civil rights organization, speaking out in support of women’s participation in political roles. In 1937, she became the first woman to hold a national position in the League of United Latin American Citizens (LULAC) that was not created especially for a woman. While serving as second general vice president, Montemayor, through her writing and lectures, used her leadership position to empower women to pursue careers and vote. After she left this role, all of her successors were women.

Montemayor also made an impact as the associate editor for LULAC News. In her time at the organization, she wrote more articles than anyone else in its history. One of her more prominent pieces, an editorial titled “Son Muy Hombres?” (“Are They Too Men?”), argued against the idea of male superiority and encouraged women to support each other.

In addition to these roles at LULAC advocating for women’s equality in a male-dominated society, Montemayor wanted to inspire Latino youth to think independently and create more opportunities for them to be involved in the organization as well. To accomplish these goals, she wrote the first charter for Junior LULAC and served as its president general to provide leadership training to youth in the community. She also spearheaded programs to support children who were abused, raised money for the local orphanage and purchased school supplies for children from low-income families.

Through grassroots efforts, Montemayor used the power of communications to advocate for equality in LULAC’s councils and close the gender gap. Her dedication to challenging the status quo made her an inspiration to Mexican-American women across the U.S., and her vision for a more inclusive future helped shape the progress made on issues that are still relevant today.