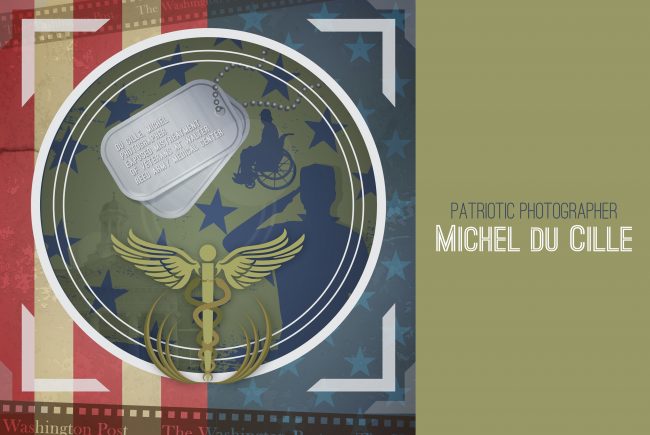 “I’ve had my moments when I had to check my emotions. But I use those emotions to make sure that I’m telling the story in the right way. To make sure I’m using my sense of respect, my sense of dignity, to show images to the world.” — Michel du Cille

First, you gain their trust. Then you tell their story.

This was the approach that photojournalist Michel du Cille took in his lifetime of taking pictures, which led him around the world — from Afghanistan to Africa.

A three-time winner of the Pulitzer Prize, du Cille was fiercely dedicated to chronicling the struggle of his subjects while presenting them with dignity and perseverance, even while they were in crisis.

He was renowned by his peers for his ability to connect with those around him. While covering the effects of a drug epidemic on a low-income housing project in Miami, du Cille spent weeks getting to know the residents in that community before taking out his camera to document their battle with addiction.

Du Cille’s portraits told stories of both devastation and triumph; his compassion and ability to empathize with the individuals he was photographing shined through in his work.

He earned his final Pulitzer for an investigative series on the mistreatment of patients at Walter Reed Army Medical Center in Washington, D.C., where he exposed the inadequate care and unsafe conditions wounded veterans were enduring.

On his last assignment for the Washington Post, du Cille died suddenly in Liberia, where he was covering the plight of Ebola patients during an outbreak. His enduring commitment to portraying the harsh realities of war, disease, natural disasters and social injustices through a lens of respect lives on today through his gripping photo essays.