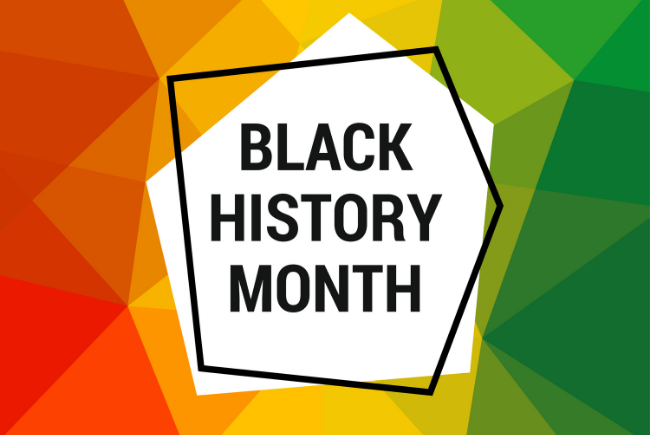 Black History Month in February offers us an opportunity to acknowledge, celebrate and deepen our understanding of the experiences, challenges and accomplishments of the Black community. As communicators, broadening our knowledge of Black and BIPOC communities’ experiences will help us develop messaging, strategies and tactics that better meet the needs and challenges of our Black and BIPOC audiences.

Black history is happening every day. However, this month-long observance offers a chance to expand our learning about Black history, culture and experiences. Due to the pandemic, we have more time to be active learners and discuss the contexts and individuals who have shaped — or are shaping — the Black experience in the U.S. While we do so, let’s share what we’re learning with our families, colleagues and community members.

Add these to your action list and broaden your knowledge on Black stories, histories and experiences for Black History Month and the months that follow.

Four Hundred Souls includes the works of 90 writers, each of whom takes on a five-year period of that 400-year span of Black history since arriving in United States through slavery. It documents a history that illuminates our past and gives us new ways of thinking about our future.

Ida B. the Queen: The Extraordinary Life and Legacy of Ida B. Wells by Michelle Duster

Written by Ida B. Wells’s great granddaughter, this book celebrates Wells’s life as a journalist and activist and the Black experience. Wells was a transformational leader and reminds us of the power we all hold to smash the status quo. Read the book and then watch this discussion with the author.

This is a free weekly newsletter focused on race, identity and culture, with intriguing, eye-opening stories written by The New York Times journalists. Stories shared weekly will give readers a look in real-time at the issues impacting the Black community in the U.S., as well as other challenges faced by the BIPOC community more broadly.

The Black Church: This Is Our Story, This Is Our Song documentary series on PBS, February 16 and 17 from 9 to 11 p.m. EST

In this four-hour series from executive producer, host and writer Henry Louis Gates Jr., the series traces the 400-year-old story of the Black Church in the United States. It explores the church’s roles related to Black Americans’ survival and endurance, grace and resilience, thriving and testifying, freedom and independence, solidarity and speaking truth to power. View the extended trailer here.

Combining archival footage with testimony from activists and scholars, award-winning director Ava DuVernay’s examination of the U.S. prison system looks at how the country’s history of racial inequality drives the high rate of incarceration in the United States. Winner of multiple awards, this documentary strings together a complicated history of systemic racism in 100 minutes that should be a must watch for all Americans. After watching, view a discussion between DuVernay and Oprah Winfrey about the film.

I Am Not Your Negro documentary, streaming on Netflix

At the time of James Baldwin’s death in 1987, he left behind only 30 completed pages of a new manuscript documenting his personal account of the lives and assassinations of three of his close friends: Medgar Evers, Malcolm X and Martin Luther King Jr. Filmmaker Raoul Peck envisions the book Baldwin never finished while showcasing Baldwin’s insightful, powerful thoughts on race in the United States. View the trailer.

Launched by BBC as an extension of its popular Witness History podcast series, Witness Black History features interviews with people who were present for, or have close ties to, key moments in Black and civil rights history. Each episode is deeply intimate and moving, grounding historical narratives in the raw, honest testimonies of the people who lived them.

Objects hold history. As part of The Washington Post’s coverage of the opening of the Smithsonian National Museum of African American History & Culture on September 24, 2016, people submitted dozens of objects that make up their own lived experiences of Black history, creating a “people’s museum” of personal objects, family photos and more. The Historically Black podcast brings those objects and their stories to life through interviews, archival sound and music.

A Griot (pronounced gree-oh) is a storyteller, a position of honor in West African tradition, who hands down family and community history from one generation to the next. This initiative ensures that the voices, experiences and life stories of African Americans will be recorded and preserved, presenting with dignity the varied voices of people with roots in the African Diaspora living in the United States.

This series shines a light on the inspiring stories of Black historical figures from all over the world. Featuring short 20-minute episodes, Black History Buff is an engaging way for listeners to expand their knowledge of Black culture across the globe.

From the Obamas to poet Langston Hughes to entrepreneur Madam C. J. Walker, the National Portrait Gallery’s comprehensive exhibit, “Portraits of African Americans,” serves as a who’s-who of both well-known and lesser-known history makers. Each portrait includes biographical information about each individual and their importance in history. The exhibition draws from the museum’s collection of more than 1,000 portraits of African American notables who have made significant contributions to science, the arts, politics and sports.

The exhibition features the individual accounts of and oral histories about the civil rights movement across the country, collected by the Voices of Civil Rights project, a collaborative effort of AARP, the Leadership Conference on Civil Rights (LCCR) and the Library of Congress.

Giving Voice featured the deep history of the African American oral tradition. Through theater, poetry, storytelling, radio and humor, the Giving Voice program celebrated the community roots of African American oral expression and shared compelling stories about the struggle of a people to create a voice and communicate a culture through performances, discussions, radio broadcasts, children’s programming and community celebrations.

EmbraceRace was founded in early 2016 by two parents — one Black, the other multiracial Black/white — who set out to create the community and gather the resources they needed raise children in a world where race matters. This website is now a helpful collection of webinars, tools and resources to support a growing community of multiracial parents, teachers, experts and other caring adults seeking to meet the evolving challenges that race poses in the United States.