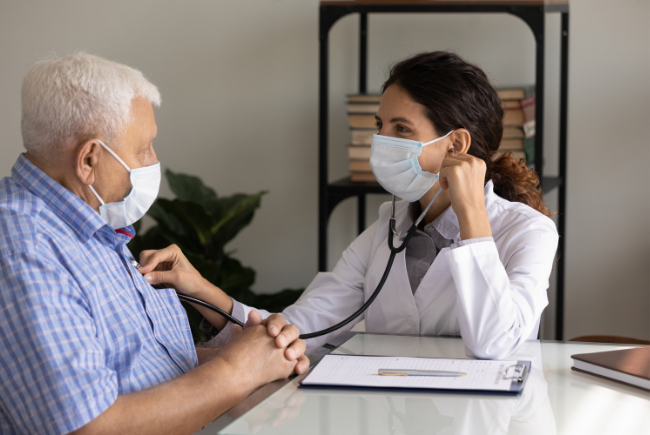 Today is National Doctors’ Day in the United States. Observed every year, the day is set aside to appreciate and celebrate doctors who help care for people across the nation. The holiday began in 1933 when the wife of a doctor in Georgia, Eudora Brown Almond, wanted to honor her husband and other doctors for their commitment to serving patients. Although celebrated unofficially for many years, the U.S. House of Representatives adopted a resolution in 1958 that commemorates the observance and on October 30, 1990, President George W. Bush signed the legislature officially designating March 30 as National Doctors’ Day.

At Vanguard, we have the pleasure of supporting many different clients through our health and wellness practice — some of which allow us to work with doctors. We’ve been able to see these individuals’ lifesaving work firsthand, as well as the significant advances they have brought to the medical field. Although we have always been grateful for the sacrifice, dedication and heroism that these physicians demonstrate in the vital role they play in our hospitals and communities every day, our appreciation has grown even deeper over this past year during the COVID-19 pandemic. As the challenges they face have multiplied, health care professionals have continued to serve our country and care for those in need. Vanguard thanks these incredible doctors and offers our gratitude for the extraordinary impact they have made in our lives.

On National Doctors’ Day, let’s take a look back at the history of the medical profession in the U.S. and highlight the diversity of five pioneers we think everyone should know about.

Dr. Elizabeth Blackwell was the first woman to receive a medical degree in the U.S. and is often credited as being the first female doctor. Born in 1821 in England, she was determined to get a medical education, yet faced rejection from nearly 30 schools until she was accepted at Geneva Medical College in New York. She changed the course of modern medicine, founded hospitals and medical colleges for women in the U.S. and England, pioneered preventive medicine and infection control, and broke prejudicial barriers against women.

Dr. James McCune Smith was one of the most accomplished Black intellectuals and activists in the U.S. Born in 1813 in New York City, he graduated from the African Free School. After being denied admission to several U.S. colleges, he went on to attend the University of Glasgow in Scotland where he completed his bachelor’s, master’s, and medical degree in 1837.

Dr. Susan La Flesche Picotte was the first person to receive federal aid for professional education and was the first American Indian woman in the United States to receive a medical degree. Born in 1865 in Nebraska, she served more than 1,300 people over 450 square miles, providing medical care to tribal communities. In 1889, she graduated at the top of her class with her medical degree from the Woman’s Medical College in Pennsylvania.

Dr. José Celso Barbosa was the first person from Puerto Rico to receive a medical degree in the U.S. While with the Red Cross, he cared for soldiers during the Spanish-American War and helped treat many patients across Puerto Rico. He received his medical degree from the University of Michigan and was a doctor and politician that articulated a need for employer-based health care insurance, which was a novel idea at the time.

Dr. Anandabai Joshee was the first South Asian woman to earn a medical degree when she graduated in 1886 from the Woman’s Medical College of Pennsylvania. Born in Poona, Bombay, in 1865, the challenges and barriers she overcame both personally and professionally led her to pursue a medical degree and help so many other Indian women receive the better medical care they deserved.

To join the conversation and thank the doctors in your community, use the hashtag #NationalDoctorsDay on social media.