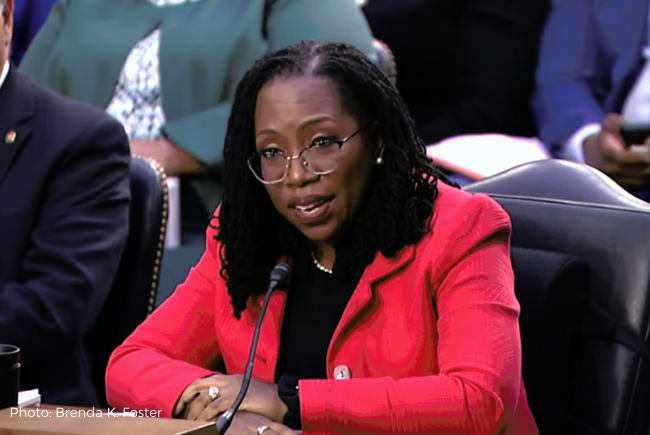 This week was Judge Ketanji Brown Jackson’s turn in the Senate hot seat as she spent several days being grilled about her qualifications and intentions related to her historic nomination to the Supreme Court. While Judge Jackson was in a particularly bright spotlight, answering questions from reporters, constituents or funders can be equally pressure-filled and stressful for organizational spokespeople. Here are three lessons from her impressive performance on the Hill.

Pauses are an important tool. Judge Jackson faced questions that were lengthy, off-topic, complicated or ill-informed. She easily could have allowed herself to become flustered, frustrated or angry, which is likely what some of the senators hoped to provoke. Instead, she paused after every question — not forever — just long enough to take a breath and think of the answer that she intended to say, rather than the first thought or emotion that occurred to her. Many interviewees fear a long pause, particularly in live interviews, believing that it will make them look unprepared. I ended up listening to much of the proceedings on the radio, where pauses should have stood out. But because her answers following the pauses were so reasoned and disciplined, they made her seem more in control of the conversation.

Statements are not questions. Historic, live Senate hearings are a great opportunity for policymakers to pontificate about their experiences, positions or, frankly, grudges. These were no exception, with many senators using their question opportunities to make lengthy statements. They would then pause, waiting for Judge Jackson to respond. In every case, she did not. She waited for an actual question. This had the effect of putting some senators on their heels, since they hadn’t prepared a question, expecting her to react to their declarations. This style of interviewing is often present in media conversations about controversial subjects. They can be a little hostile, with high-profile broadcasters wanting to display their own knowledge in the form of statements intended as questions. The best response in these cases is either no response or a polite inquiry, such as “What question would you like me to answer?”

The message is the message, no matter the question. Many senators were determined to provoke Judge Jackson into sharing views that might be considered improper or controversial. She was highly prepared for these lines of questioning, no matter how hostile or accusatory they became. When they asked her opinion on a particular policy, she repeated that it was the purview of the legislative branch, not the judicial branch. She continuously emphasized her role as an interpreter of the law, rather than a policymaker. The questions turned more pointed as senators sought to paint her as soft on crime. Even then, Judge Jackson did not engage, which would have offered easy pickings from the resulting soundbites. Instead, she paused and confidently provided the same answer as she had multiple times. When personal or organizational reputations are raised, instincts tell us to defend them. That immediately takes the spokesperson out of the power position and opens the door to questions that don’t serve the communications goals of the interview.

Brenda K. Foster, M.P.A., is senior vice president of Vanguard Communications in Washington, D.C., and an instructor for the graduate program at American University’s School of Communications. She was named a 2019 PR News Top Woman in PR for her impact on the field of strategic communications and public relations.