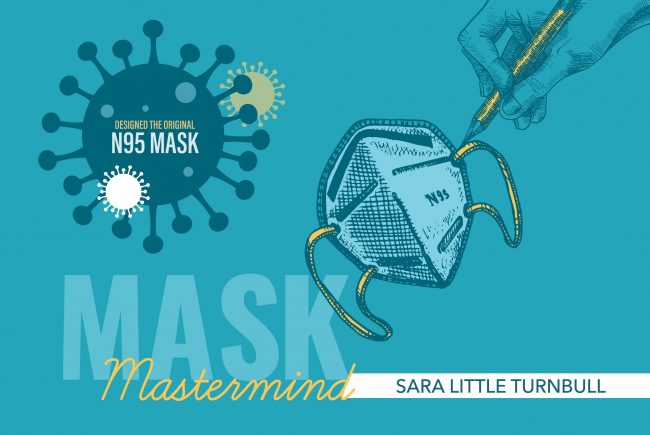 “Design is for people — to fill our needs, to make our lives easier and more graceful, to sharpen our awareness, and perhaps to uplift us in the process.” — Sara Little Turnbull

Sara Little Turnbull led a life of innovation, influence and inspiration, eventually leading her to design what we now know as the N95 mask — one of the most powerful measures against COVID-19 transmission.

Turnbull — born Sara Finkelstein in New York City — was the daughter of Russian immigrants. Living in a low-income neighborhood of Brooklyn, she had to innovate and create items that her family lacked or needed. It was her humble beginnings that led her to cultivate a strong work ethic, an eye for detail and a knack for invention. Maxing out at 4’11”, she was often called “Little Sara” — a nickname that she adopted and used throughout her career.

Turnbull attended Girls Commercial High School in Brooklyn and in 1935 won a scholarship to Parsons School of Design, where she graduated in 1939. Her early professional career included notable roles with Macy’s and House Beautiful magazine — where she served as decorating editor for nearly 20 years.

However, it was when she left House Beautiful that her designs and innovations took off. In 1958 at age 41, she launched her own consulting firm. With tools gained in her childhood, education and professional career, Turnbull developed a diverse portfolio of clients such as Coca-Cola, Procter & Gamble, Neiman Marcus, Macy’s, Ford, Nissan, Volvo, Pfizer, Elizabeth Arden, Lever Brothers, Motorola, NASA and more.

Among her reputable client list was 3M, where she was hired for the gift-wrapping division. 3M was designing a new non-woven material that could be molded into different shapes, allowing for stiff ribbons.

At the same time, Turnbull was frequently at the hospital caring for family members. It was during her visits that she took notice of processes and equipment and saw an opportunity — a better way to design a medical mask.

At the time, masks had to be tied, and they were flat and tedious to adjust. She met with the executive team at 3M to pitch her idea of molding their new material in the shape of a bra cup — and she was given the green light. 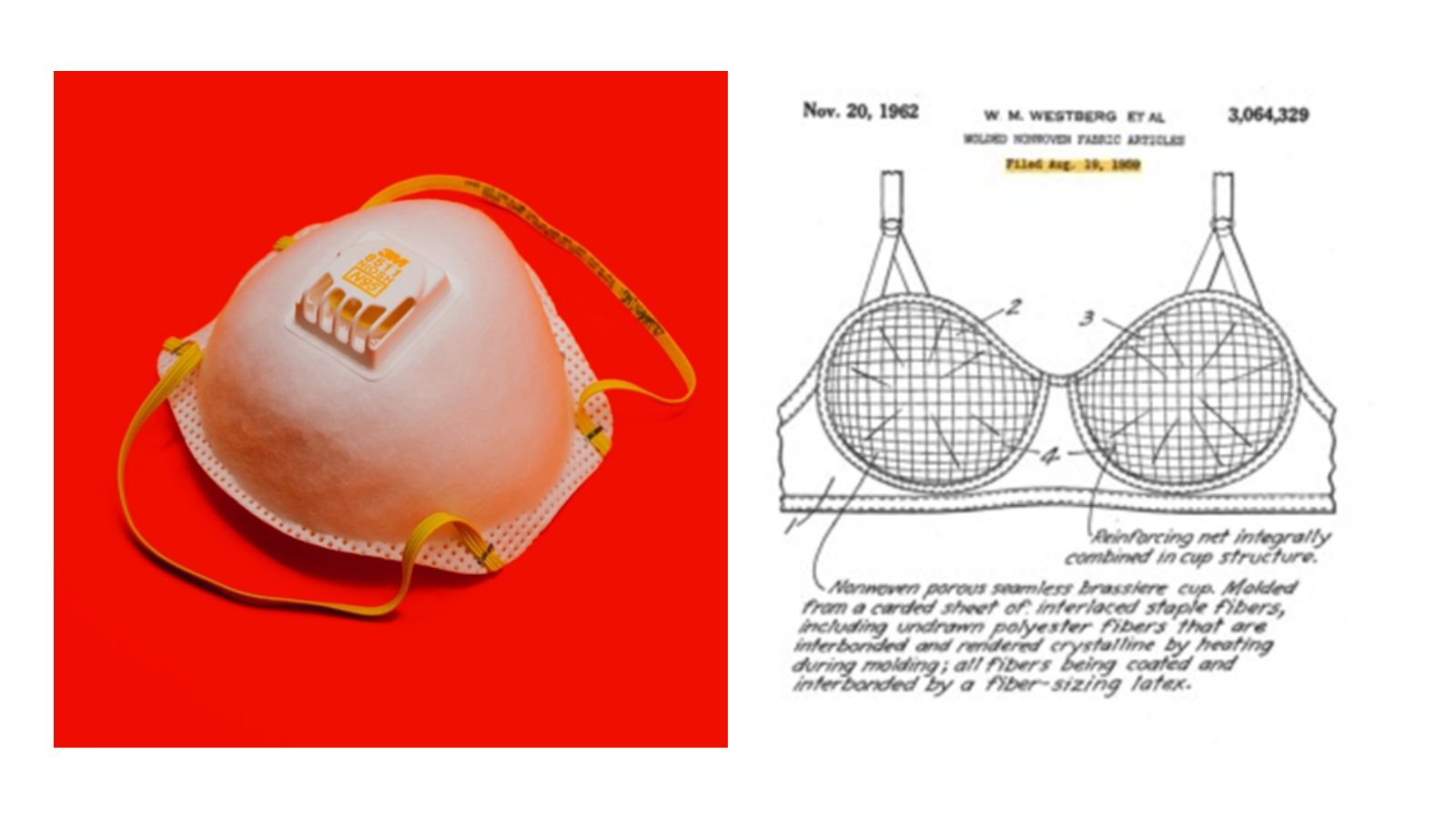 By 1961, 3M patented their first lightweight medical mask based on Turnbull’s design with an elastic band that went around the ears and fitted with a nose clip. Although initially it was marketed for dust filtration (it wasn’t successful blocking pathogens for medical purposes), in 1972 Turnbull’s design was relaunched with an evolved filter. By 1995, her design came full circle as the N95 respirator; it was officially introduced to the health care field, fulfilling Turnbull’s vision of creating a medical-grade mask.

Now, more than 60 years later, Turnbull’s design has become a lifesaving tool that prevented countless COVID-19 infections. The mask in its current state is capable of filtering 95% of airborne particles, hence the name N95. At the height of the pandemic, the masks, along with other personal protective equipment, became dangerously short in supply and today remain an icon of the global response against COVID-19.

In 1988, Turnbull founded the Process of Change Laboratory for Innovation and Design within the Stanford Graduate School of Business to encourage students’ innovations and designs. Her work is now showcased and lives on in the Center for Design Institute in Seattle.