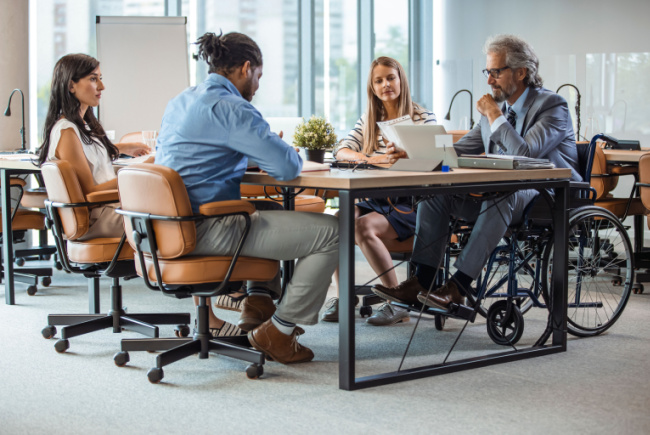 This is the first in a series of posts on In Practice exploring the challenges, opportunities and recommendations for communicators to inclusively and effectively engage specific underrepresented identity communities. At Vanguard, we define an identity community as a community of individuals who share identity characteristics that shape or define their perspectives, experiences and behaviors, such as race/ethnicity, gender identity, religion, sexual identity, national origin, socioeconomic status, language, ability, age, work experience, et al. Intersectionality — a lens that recognizes that individuals are shaped by layers of identities, and they cannot be examined in isolation from one another — may also be factored into our identity community explorations.

In the last few years, diversity, equity and inclusion (DEI) initiatives have had society chatting. From schools to offices to the media, movements to uplift and include underrepresented identities have been on the rise. As initiatives to diversify more spaces continue to grow, it is important that all identity communities are more included in these conversations — especially the abilities identity community.

The abilities identity community shares experiencing mental, emotional or physical norms or differences that could limit or change how an individual engages and experiences everyday activities. Often, disability is discussed as a social construct and how we determine what is a disability is subjective, inconsistent and inequitable.

The “why” for the importance of representation of the abilities identity community is no secret — we want to see people who look and live just like us. Society struggles to prioritize abilities representation and inclusion. It’s not surprising that media is struggling as well. In the United States, 61 million people identify having at least one disability and yet only 3.1% of characters portrayed on television are depicted as disabled.

Viewing similar identities gives us a sense of belonging and self, making us feel seen and heard. We want to see our lives exemplified through those around us and when we do not see individuals that look like us, we turn to our media for those illustrations.

How should communicators prioritize ability equity and inclusion?

The inclusion of those with disabilities in our society means more than just declaring that they should be accepted into all spaces. Abilities inclusion should also stand for upholding existing laws and policies that make those living with a disability feel meaningfully included. It should mean that all underrepresented groups within the abilities identity community are actively embraced no matter their age, race/ethnicity, gender, sexual orientation and other intersecting identities.

Through our strategies and words, communicators can aim to go beyond typical actions for inclusion for the abilities communities, such as adding wheelchair ramps and accessible toilets. Our engagement strategies and language choices can address many of the attitudinal barriers and false stereotypes that provide obstacles for those living with one or more disabilities and how we make room and represent them in our society and communications.

The National Center on Disability and Journalism (NCDJ) created a style guide for media and communicators alike to provide guidance on terms and language associated with the abilities identity communities and recommendations for usage. The overarching counsel for communicators when engaging or representing the abilities community is to use person-first language — asking individuals directly how they’d like to be described or referenced when possible or using identity-first when describing an individual through the lens of their ability or disability.

How does our media actively portray disability representation?

As the media landscape continues to evolve, we can only hope that accurate representation of our world evolves with it. For the abilities community, many have found that although representation onscreen has expanded, it continues to fall short. According to a study released by Nielsen, people with a disability are 34% more likely than the general population to feel they are not represented enough in the media. More than half attested that they are inaccurately represented.

The ways in which media portrayal of disabled individuals falls short reflects how society already views the abilities community.

When Pennsylvania Senate candidate John Fetterman suffered a stroke in May, he returned to the campaign trail that summer struggling with his speech. Fetterman faced auditory processing challenges, causing him to miss words as he spoke. The media did not hesitate to condemn Fetterman’s speech and his ability to continue against Republican opponent Dr. Mehmet Oz. While Fetterman struggled through the Pennsylvania Senate debate, social media began to buzz. It seemed that certain outlets and viewing audiences were more concerned with how the debate appeared, due to Fetterman’s speech, and less on the actual issues being debated. The debate was given many critiques, the most common being “painful.”

On the opposite end of the commentary, many applauded Fetterman for his transparency about his new disability. Fetterman’s auditory processing challenges sparked the conversation about how disabled individuals are stigmatized in society. It also highlighted the importance of proper disability representation in not only politics but in the media as well.

In a time where accurate representation of underserved and underrepresented groups is essential, we must first look inward. We need champions like John Fetterman and Academy Award-winning films like CODA, which depicts the lives of a deaf family and features deaf actors. In a time where most disabled actors on screen are still played by non-disabled actors, disability is universal and the practices that include the disabled community should be too.

As communicators, we must provide content and messaging to media to support more accurate and representative portrayals of these communities and help the public reframe how they think of family, friends, colleagues and neighbors who experience disabilities. We should make sure that relevant materials and content more often feature the voices and experiences of individuals who identify as members of the abilities community.

The best way we can accurately represent the abilities community is by welcoming and including those with disabilities into our communications strategy and planning processes. Include members of the abilities identity community in your councils or review panels. Develop channels of dialogue to receive feedback and counsel from individuals experiencing disabilities regarding messaging, materials and engagement approaches.

Remember the abilities community is not a monolith. Within this identity community, there are smaller communities shaped by specific disability experiences who may have different needs, challenges and opportunities compared to other audience segments within the larger abilities community.